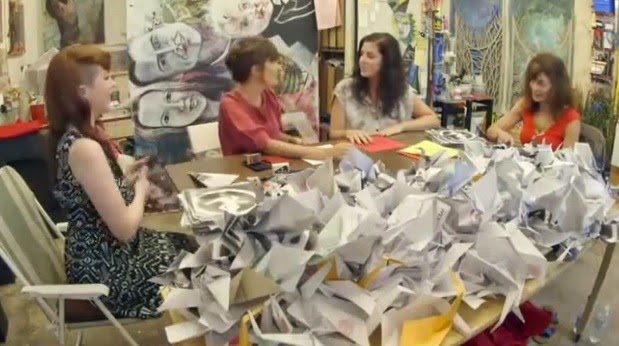 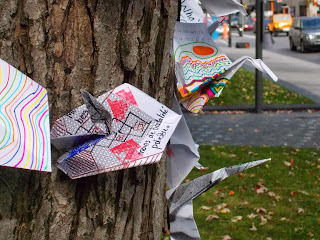 The inspiration of asserting the presence of 100 simultaneous art installations across a city, interventions where, each one in its own way activates a space, creates an aesthetic experience and, at the same time, usurps the domination of our public urban spaces by both corporations and governments. But the 100 in 1 day event is even more than just that: it is an invitation to civic engagement.

Too many of us living in modern democracies have become lazy, jaded or both when it comes to civic engagement. With voter turnout in federal elections hovering at around 60%, many Canadians do not even feel a duty to have a hand in choosing our government. Municipal elections fare even worse: Vancouver’s municipal election in 2011 brought out only 35% of the eligible electorate; Montreal’s last election drew only 40% of voters. In this year’s upcoming municipal election, at least one borough mayor and several city councillors have won their positions by acclamation. This dismal state of civic engagement is something that 100 in 1 Day is, in my opinion, attempting to address, albeit from an oblique angle.

How often in an average day do any of us get to engage in meaningful discussions on international politics, local politics, art, etc. with strangers of all nationalities and walks of life? This is the kind of civic engagement that has been created today by the 100 in 1 Day event, a hundred times over in pockets of activity across the city. With it origin in 2012 in Bogota, Colombia (in collaboration with Copenhagen’s Kaospilots), chapters have emerged this year in South Africa, North America and Europe.

The intention of 100 in 1 is quite closely aligned with that of Origamilitantisme. By producing an innocuous-looking art piece in a public space with simple origami birds that appeal to young and old alike, Origamilitantisme has been able to attract a wide array of observers, commentary and engagement with passers-by. My guess is that most of the people who stop to talk with us would not be inclined to seek out an art gallery, yet their attraction to the public act of creating a work of art was palpable. For me this is part of the magic of taking part in a public intervention.

Our collective is by its very mandate a creature of politics, so any discussion that we have with observers quickly goes in that direction. And many of those who watched, assisted or spoke to our members today ran with the opportunity to pass commentary on contemporary and historical issues, including subjects as diverse as politics, art, climate change, the security state. This is no ordinary thing. Most of us are too busy, too shy, too alienated, or in too much of a rush to get somewhere else to take the time to talk with strangers about anything, let alone things that actually matter.

In this magical way, an art installation can become the site of civic engagement and democratic participation.

Participate in the "100 in1 day Montreal Festival" on October 5th 2013!!!Origamilitantisme will be at Place du Canada from 11 am until 8 pm this Saturday in collaboration with 100 en 1 jour Montréal 100 in 1 day day. A collaborative on-site installation awaits those who are curious to help in its creation or simply watch as it develops throughout the day!To learn about the interventions that will take place please visit: http://www.100en1jourmontreal.com/interventions/ 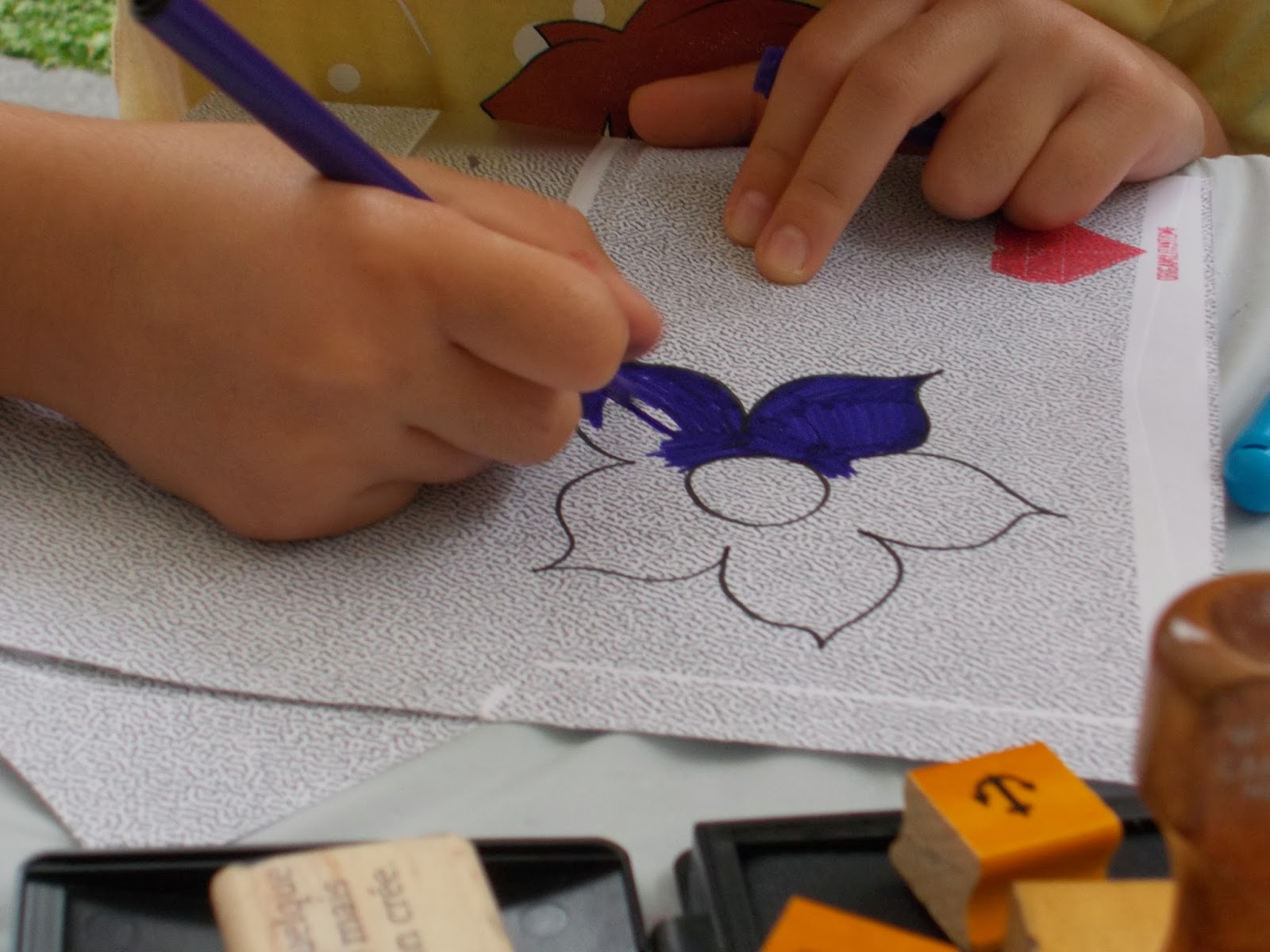 Disclaimer: The members of the collective Origamilitantisme do not support the controversial "Quebec Charter of Values".

Origamilitantisme was honoured with an invitation to take part in the celebration of International Peace Day, a world-wide, UN-sponsored event created in 1981 to promote peace education and cultural events advocating for peace across the world. This year's celebration in Montreal took place at Peace Park on St-Laurent Boulevard.

Organised by small local chapters, but coordinated internationally, this little-known event unfortunately does not attract a lot of media attention, at least not in the Montreal area. Organisers said that they tried to engage the mainstream media - radio and television - but there was little interest in picking up the story. There may have been a couple of hundred people at the site throughout the day, a bit of a disappointing turnout. In these times, when the thunderous drums of war are heard around the world, we are greatly in need of contemplative moments of sanity and solidarity, where we can celebrate together the common goal of cultivating peace amongst ourselves at home and between nations.

The atmosphere at Peace Park was festive and congenial nonetheless, with speeches from Jean Trudel, President of the local chapter of the Cercle de Paix, and Chief Dominique Rankin, once Grand Chief of the Algonquin Nation, who travelled to the UN headquarters in New York for the opening ceremonies of Peace Day. Music and family activities followed.

Dedication to Origamilitantisme by Osiris Ramos 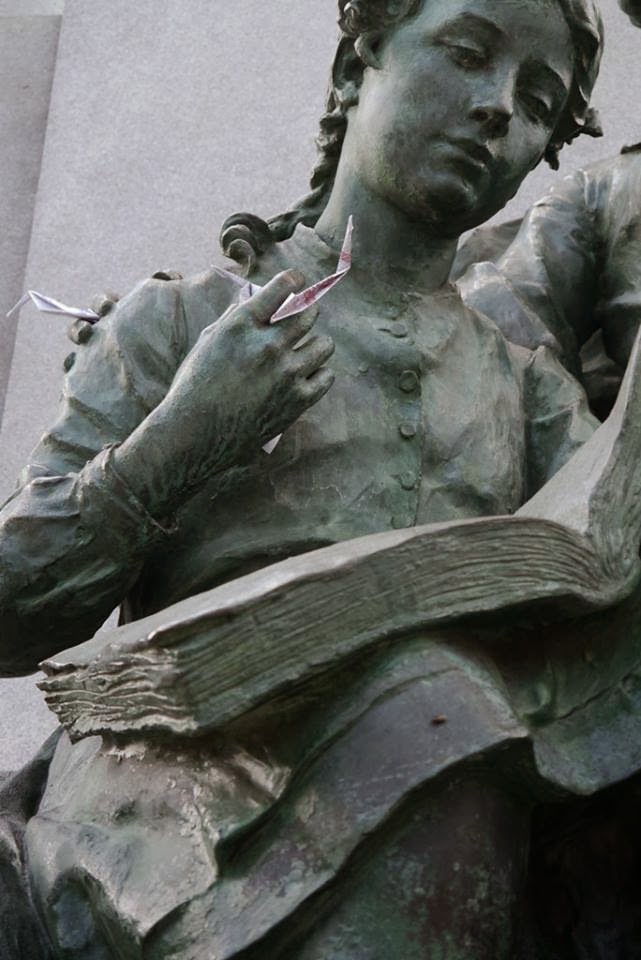 Hey peeps! We will be at the tam-tams tomorrow from 1:30-5:30 folding origami for our next major installation (in October). Come join us! We want to include opinions/problems/ideas about the city of Montreal so we need your input! Everyone is welcome